The Jordan Schnitzer Family Foundation offers a full spectrum of programs and outreach initiatives that promote lifelong learning and build connections to our local community.

Through programs, partnerships, and community advisory processes, the Foundation strives to be more than just a collection of objects and artwork, but also to be a place where conversations about the world around us take place. 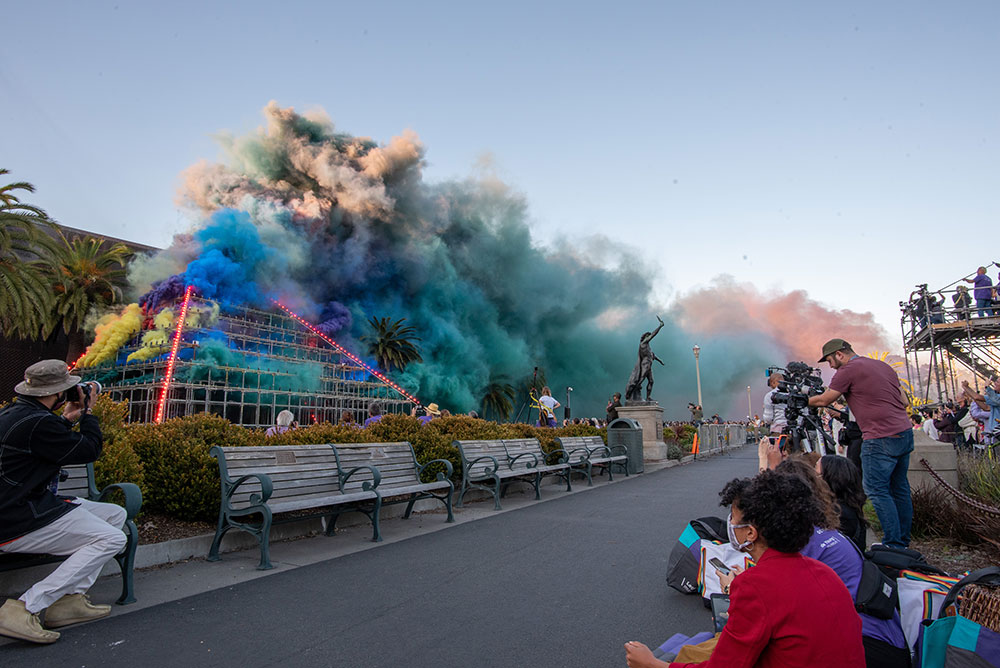 Forever de Young harked back to the artist’s innovative Atmospheres, a series of performances staged in California in the late 1960s and early 1970s. Distinguished by their controlled choreography and distinct reformulation of land art, these live sculptures nonetheless escaped the annals of art history for decades.

In the early 2000s, a new generation of scholars surfaced and celebrated these works as feminist responses to the Light and Space movement. These unobtrusive and ephemeral environments—which opposed the permanent interventions into and transformation of landscape by her male peers—were finally understood as a form of sustainable earth art that freed color from the rigid structures of painting and sculpture and allowed it to gush into the air as clouds of pigment.

Forever de Young was made possible by by the generous support of Jordan D. Schnitzer in memory of his late mother, Arlene Schnitzer (1929-2020), who served on the Fine Arts Museums of San Francisco Board of Trustees and Acquisitions Committee from 2006-2015.

More about the grant 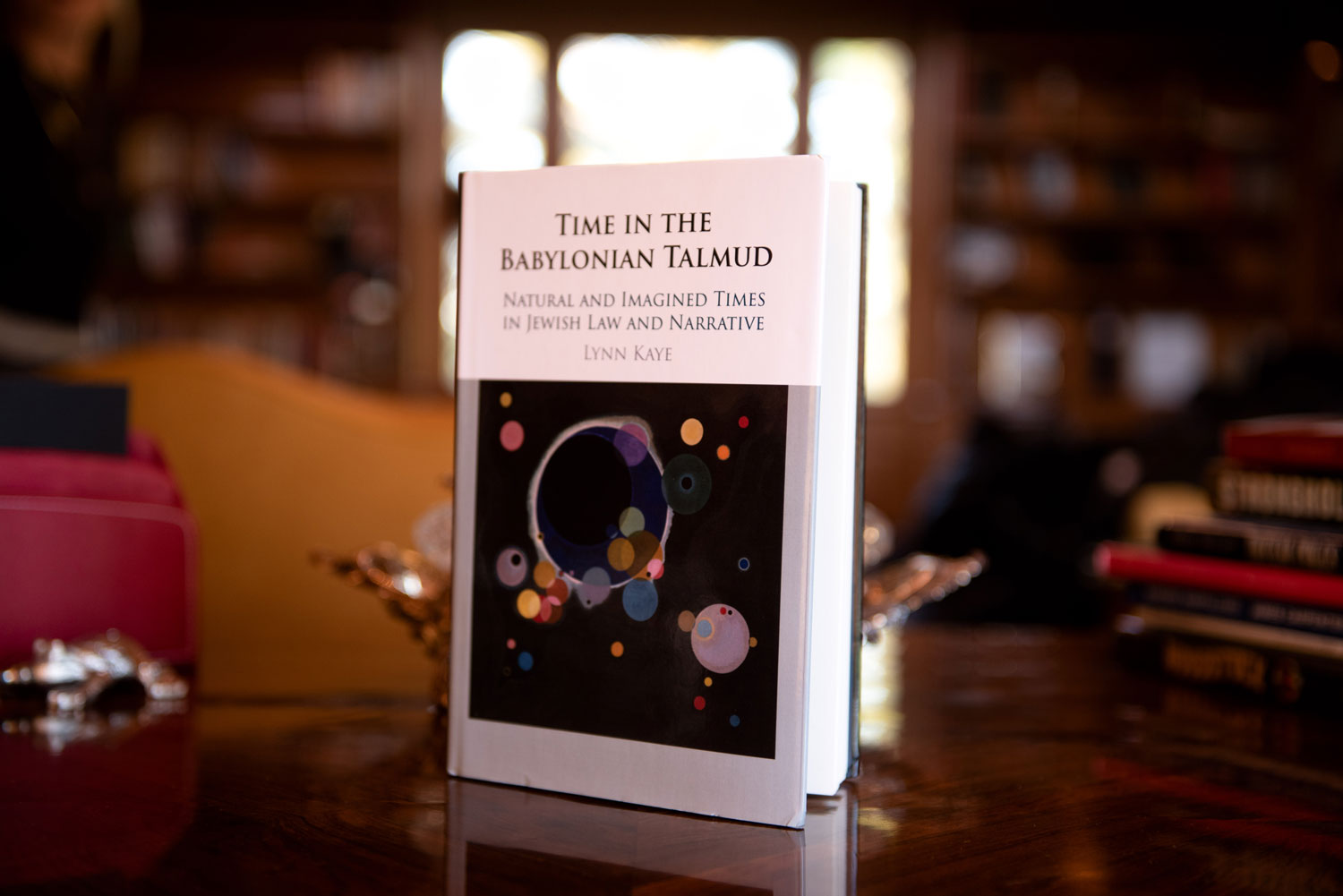 The Jordan Schnitzer Book Awards are the first annual book award program to be offered by the Association for Jewish Studies, made possible by funding from the Jordan Schnitzer Family Foundation of Portland, Oregon. These awards recognize and promote outstanding scholarship in the field of Jewish Studies and honor scholars whose work embodies the best in the field: rigorous research, theoretical sophistication, innovative methodology, and excellent writing. The awards are structured to recognize all areas of Jewish Studies research, paying tribute to both the breadth and depth of AJS members’ scholarship.

More information and past winners

The Sitka Jordan Schnitzer Printmaking Residency was established in 2002 to provide artists with little or no printmaking experience the opportunity to explore a new creative medium with guidance, instruction and technical assistance from a professional etching printer.

Printer, Julia D’Amario worked at Pace Editions in New York City for seventeen years, before moving to rural California in 2006. Julia first came to the Sitka Center as a resident artist in 1997. She developed a deep connection to Sitka and the Oregon coast and enthusiastically agreed to become involved in developing the print program.

Three artists are invited to the Sitka Center each October and January for an intensive two week long residency, during which they work on copper plates, using a wide variety of etching techniques. At the end of each residency Julia prints the finished plates in editions of ten to be divided equally between the artist and Sitka. The Gordon Gilkey Print Center at the Portland Art Museum and the Jordan Schnitzer Family Foundation Collection also receive prints from each collaboration. 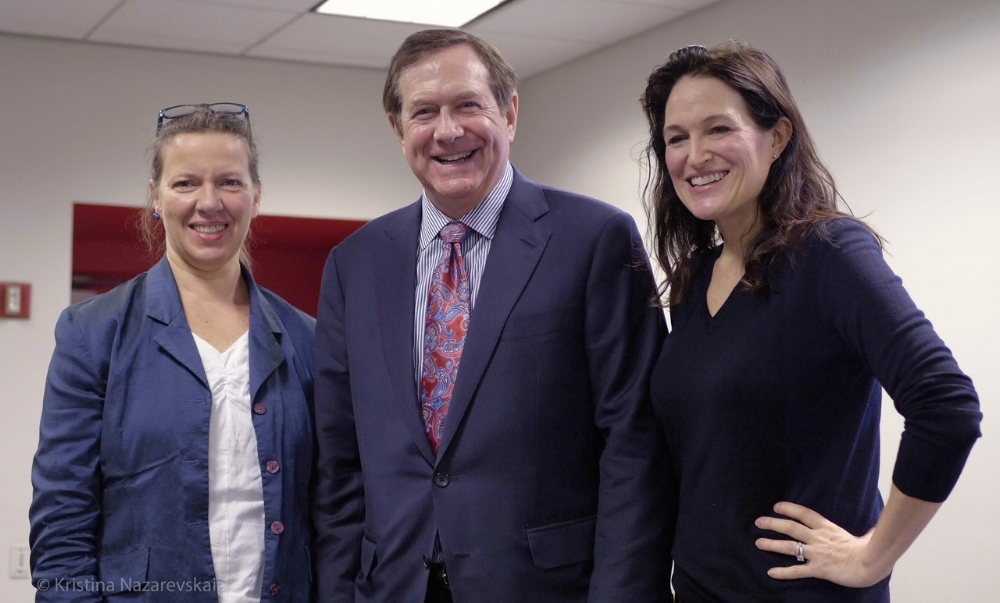 The IFPDA is a nonprofit organization of expert art dealers who foster a greater appreciation of fine prints thought exhibitions, programs, print fairs, and the IFPDA Book Award.  The International Art Fair for Prints & Editions offers visitors an unrivaled opportunity to view and acquire outstanding works across the diverse range of periods and specialties represented by the IFPDA’s exhibiting members.

Established with the generous support of the Jordan Schnitzer Family Foundation, the annual artist lecture aims to honor and raise public consciousness about the unique ways in which contemporary artists use printmaking in their artistic practice. Sparked by a keen interest in the inventiveness of printmaking and carrying on a family legacy of collecting art, Jordan Schnitzer began collecting prints in 1988. Today, his collection exceeds 20,000 works and his Family Foundation manages an active lending program aimed at making fine art easily available to qualified institutions, especially those in less-served communities.

The Jordan Schnitzer Award for Excellence in Printmaking supports emerging or under-recognized contemporary artists whose practice highlights printmaking. Established with the generous support of Jordan Schnitzer, this annual prize awards an artist with a $25,000 grant each to support new work and experimentation in print. The award both encourages the artist’s focus in printmaking while raising public consciousness about the unique ways in which artists engage printmaking in their artistic practice.

More about this award Conceived to be the first and only non-profit exhibition space, resource and learning center devoted solely to artists’ prints, International Print Center New York (IPCNY) serves the needs of artists, printmakers, educators, publishers, students, collectors and general viewing public. It offers exhibition opportunities for contemporary artists through its New Prints Program which inaugurated the comprehensive program of exhibitions embracing all time periods and cultures, launched in 2000 with Hard Pressed at AXA Gallery and continuing today through our international and thematic exhibitions series.

Scholarly publications and education programs complement these exhibitions. Information services both in the gallery and on line, events for members and the public, and a website document and supplement our exhibitions; visits to local printmaking workshops, art fairs and galleries are arranged for our members. Entrance to the gallery is free, and IPCNY welcomes regular visits from many local universities during the academic year. IPCNY has been described by a New York City artist as the “epicenter of the print world.”

Dieu Donné is a leading non-profit cultural institution dedicated to serving established and emerging artists through the collaborative creation of contemporary art using the process of hand papermaking.

Dieu Donné was founded in 1976 by Susan Gosin and Bruce Wineberg to explore the untapped potential of hand papermaking as an art medium. They introduce artists from a wide variety of practices to the creative possibilities in hand papermaking, fostering experimentation and creating innovative works of art. Their work is realized through extensive collaborations with artists. They strive to teach a new visual language, providing a transformative experience that often leads to artistic breakthroughs. They share this work with the community through our gallery, public and educational programs.

The Jordan D. Schnitzer Exhibition and Visiting Artist Series presents an annual curated exhibition from the dynamic and expansive collection of over 12,000 contemporary prints from the Jordan D. Schnitzer Family Foundation to the 511 Gallery at the Pacific Northwest College of Art. The series brings an invited artist in connection to the exhibition to engage with PNCA students, faculty, and the public through lectures, studio visits, and collaborations with the Print Media department. In addition to the Exhibition and Visiting Artist Series, selections from the Collection are lent to the PNCA Object Library to be studied by students and faculty on a regular rotating basis.

Converge 45 is an annual multi-day event that showcases international, national, and regional contemporary art. Situated in and around Portland, Oregon, a dynamic and expanding center for art, design, and culture, Converge 45 is an opportunity for artists, collectors, curators, scholars, and the public to take part in the unprecedented collaboration of Portland’s leading arts institutions, galleries, and artist-run spaces.